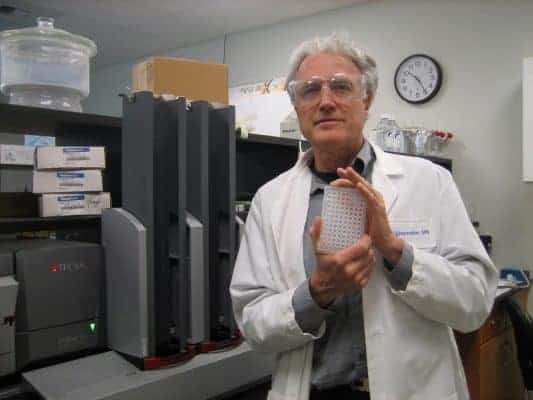 In the Metabolic Model of Aging, two dynamic forces determine one’s quality of life; an ongoing see-saw relationship between damage and repair. On the repair side, we have the astounding regenerative forces of stem cells, growth factors, anabolic hormones, anti-oxidants and the homeostatic activity of the endocannabinoid system (ECS). On the damage side we have inflammation, oxidative stress, wear and tear, infection, and emotional stress. For most people, the turning point – when damage starts to exceed the body’s repair capacity- is age 40. And since unrepaired damage begets more damage, the downward spiral accelerates. In other words, the older you get, the faster you age.

Since the most damaging force is inflammation, I spent decades studying this process. I directed the nation’s first FDA-approved clinical laboratory specializing in nutrition and immunology, looking at the interplay of inflammatory proteins and the immune system. Then, I was privileged to work with a team studying anti-inflammatory compounds from medicinal plants, using microplate, high-throughput genomic analysis. The 96 well plate I’m holding in the photo was a breakthrough at the time. These could be loaded into auto-feed towers (to my right) so that 9,600 experiments could be run on a daily basis.

The result was the identification of plant compounds that could balance inflammation at the DNA level. And the operative word is balance. Merck was working on the same problem using a different strategy; creating synthetic compounds to turn these genes off. We thought that was a terrible idea because these genes, including COX 2, also perform important functions in the body. Ignoring the concept of balance led to the Vioxx disaster, which according to the American Heart Association, killed more than 30,000 people. But I digress.

You can read more about plant-based anti-inflammatories at My2048.com. The ones Natalie and I are using are derived from three species: scutellaria baicalensis, acacia catechu and morus alba. There are others, of course, but none with multiple human clinical trials published in peer-reviewed biomedical journals.

Tomorrow, I’ll discuss the current trend of producing drugs to impair immunity. I’m not an anti-pharmaceutical nut, but this may chafe your fanny.